The only profitable (legal) ventures [in the Tampa Bay area] were cattle and timber.  As early as the 1850s, cattle traders established a route from to . This trade resumed shortly after the conclusion of the Civil War.  Cubans were able to pay in gold for cattle, so area ranchers soon were back on their feet.  The trade was pioneered by Tampan James McKay. He shipped his cattle to from Gadsden Point, at the lower end of the .  McKay was joined in this endeavor by other residents, notably the Lesleys, Lykes and Hookers.
, and , however, remained destitute for almost two decades.  Finally, in 1881, relief was on the northern horizon.  Henry Plant was bringing his new railroad south, and he picked as his railhead. 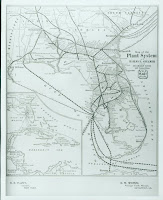 The railroad arrived in 1884, and the following year construction began on 's first two cigar factories, Sanchez y Haya and V. M. Ybor and Co., in a new suburb -- .  The railroad and cigars would shape like nothing else had.  Plant improved the fledgling port at the southwestern tip of the , and soon Port Tampa was shipping goods and people throughout ports along the .
's population grew, as did its prosperity.  Immigrants from , and came to work in the cigar factories of and .
﻿
﻿Tens, and later hundreds, of millions of hand rolled cigars were produced in factories.  The industry enjoyed its status as 's biggest money-maker until the 1930s, when the Great Depression, mechanization and cigarette smoking began to take their toll.

The same year that Ybor and Haya opened their factories, 1886, pebble phosphate was discovered in the Peace River in .  Phosphate was later discovered in the and in the largely undeveloped southern portion of .  Though not mentioned as much as the cigar industry and the railroad, the phosphate industry outlasted both.  Daily, trains traverse the tracks through downtown , as they have done since 1889, carrying their loads of phosphate to the docks at Port Tampa.
Posted by TBHC at 2:46 PM 1 comment:

The will celebrate Mother’s Day by offering free admission for moms on Saturday, May 7 and Sunday, May 8, from 10:00 a.m. until 5:00 p.m. To commemorate the day, the will offer arts and crafts for kids in the Lykes Atrium and a 15% discount in the Museum Store on select items.
Complimentary admission to the is made possible by Verizon.
The Mother’s Day celebration will take place during regular business hours at the Call (813) 228-0097 or check our website for more information.
Posted by TBHC at 7:18 AM No comments:

﻿ ﻿﻿ ﻿ The 150th anniversary of the Civil War has recieved quite a bit of attention this week with our own Rodney Kite-Powell appearing on several local broadcasts and many more news stories appearing in the local papers and national media. The New York Times blog DISUNION is a particularly good read.

Of course, if you haven't gotten a chance to see it yet, be sure you check out Blue and Gray in Tampa Bay: The Civil War of Florida's Gulf Coast, on exhibit in the Wayne Thomas Gallery at the History Center through May.

Also, coming up on May 22, Historian Daniel Schafer will be at the History Center to talk about his book, Thunder on the River: The Civil War in Northeast Florida. The free lecture is part of the Florida Conversations Lecture Series.

To round out the week of Civil War coverage, Studio 360 featured a series of Civil War-releated interivews and podcasts marking the sesquicentennial. An interview with historian Adam Goodheart, author of the new book 1861: The Civil War Awakening is embeded below:

Pittman will discuss his latest book, Manatee Insanity: Inside the War Over 's Most Famous Endangered Species
A three-time Waldo Proffitt Award winner for Distinguished Environmental Journalism in , Pittman’s investigative reporting has exposed flaws and corruption in ’s regulation of sensitive wetlands and water resources. In a 2004 story for the Times, he uncovered a secret plan by ’s business leaders to transfer water from sleepy North Florida to booming . The stories caused such an uproar that then-Gov. Jeb Bush scuttled the plan.
Pittman’s previous book, Paving Paradise: Florida’s Vanishing Wetlands and the Failure of No Net Loss, was recognized by the Society of Environmental Journalists.
Co-sponsored by the and supported by WUSF Public Media, Florida Conversations features authors and presenters covering a variety of topics, from politics to fiction, history to environmental issues.
Florida Conversations is free and open to the public. Public parking is available at St. Pete Times Forum East Lot, the Channelside garage and other city-owned lots. For more information, contact the at (813) 228-0097 our website.
Posted by TBHC at 7:13 AM No comments:

The War Between the States started 150 years ago today and it remains one of the most compelling topics in American history.

In fact, 800 new books are reportedly published on the Civil War each year. The four-year war changed us and the way we see ourselves.

While the issue of slavery, of course, is definitely one of the root causes of the war, there were other reasons that so many young men put on the blue and gray -- and some say those same causes are alive and well today.

Within the first two decades of the 1800s, two distinct settlements had grown in present-day -- the Cuban settlement of Spanishtown Creek, near today's Hyde Park, and the Seminole of , on the Thonotosassa.  These enclaves attracted little attention until after the transfer of to the in 1821. 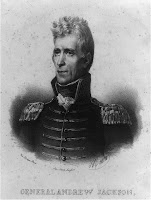 National and international attention shifted to when General Andrew Jackson made an illegal foray into the territory in 1817 to aid Americans living on the Florida/Georgia border who were fighting the Seminoles and to capture runaway slaves.  Eventually, the would fight three wars against the Seminoles, with the last one (1855-1858) ending with the deportation of all but approximately 300 Seminoles from the state to the Indian Territory in .  This last group lived deep in the Everglades of south .  From this determined group grew the Seminole Tribe of Florida and the Miccosukee Tribe of Florida of today.
As a result of early fighting between the Seminoles and white settlers, the American government established a series of forts throughout . 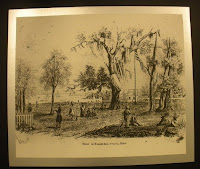 One of these, , is now the nucleus of modern .  was established in 1824 by Colonel George Mercer Brooke and Colonel James Gadsden.  During the Second Seminole War (1835-1842), the fort served as the United States Army's Southern Headquarters.  S. President Zachery Taylor, a general during the war, served at .
Within a few years of its founding, a small village sprang from the northern boundary of the fort.  The first post office (1831) officially named the village , but the name was soon shortened to .  The meaning and origin of the name has been debated for years, with no consensus, but a strong theory is it was the name of a native village (sometimes spelled Tanpa) on the bay.
The first town plots were laid out in the 1830s by Judge Augustus Steele, but these were invalidated by the government because they included property.  In 1847, the government reduced the size of the fort and donated the excess land to .  The land was platted for sale, the proceeds of which would fund the construction of a new county courthouse in , which by this point was the county seat.  John Jackson completed the survey and drew the first official map of in 1853.
Posted by TBHC at 11:52 AM No comments: 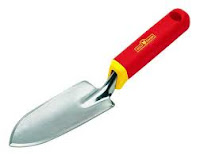 Uncover your inner archaeologist when the continues its children's program, A Little History, on Thursday, April 7th from 10:30 to 11:30 a.m. with Dig This! Archaeology Adventures.
Dig in to ’s past, when giant sloths and saber toothed tigers roamed free. Learn how archaeologists study artifacts and discover what life was like for Florida’s first people. Children will play age-appropriate games and dig up a few tasty “artifacts” as they unearth chocolate chip cookies.
A Little History is open to children ages 3 to 5 with an adult companion. Programs are held once each month from 10:30-11:30 a.m. Each program is $10.00 per child and $6.00 per adult. Members of the receive a $2.00 discount for children and adults. One adult must accompany every two children. Space is limited, pre-registration is required.
For more information on A Little History, contact Assistant Curator of Education, , at (813) 675-8960 or jtyson@tampabayhistorycenter.org.
Posted by TBHC at 2:09 PM 1 comment:

There have probably been islands in Hillsborough Bay for almost as long as the bay has existed. The original delta islands were created as sediment, and other material flowed out of the Hillsborough River and into the bay. Plants eventually took root, and more material accumulated on the growing islands, more on the southerly island than on the one closer to the river's mouth.

Small sandbars extended out from the two islands, further demonstrating the shallow nature of Hillsborough Bay. It was these two islands, and the surrounding tidal area, that formed the nucleus for Seddon Island (now Harbour Island), created in 1904 as part of Tampa's growing port, and Davis Islands, developed by David P. Davis from 1924 to 1926 during Florida's land boom. Read the full Tampa Tribune article here.
Posted by TBHC at 7:00 AM No comments: