Sports in Tampa Bay: Through the Eyes of Lamar Sparkman - Behind the Scenes

We're just a few short days away from the opening of our sports exhibit here at the History Center. Opening Father's Day weekend, Sports in Tampa Bay: Through the Eyes of Lamar Sparkman covers more than 70 years of competitive play in the Tampa Bay area.

Here are a few behind-the-scenes shots as our curatorial team puts the finishing touches on the exhibit.

Sports in Tampa Bay opens this Saturday, June 18 with free admission for Dads all weekend courtesy of Verizon. 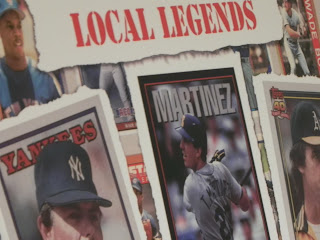 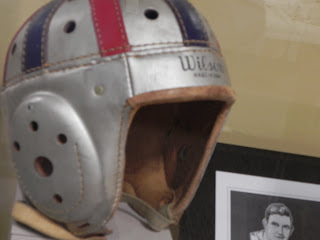 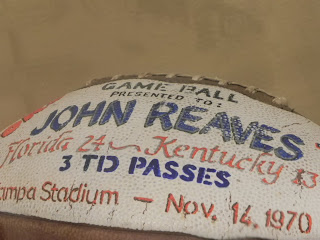 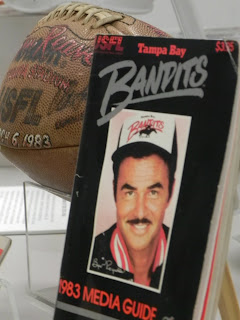 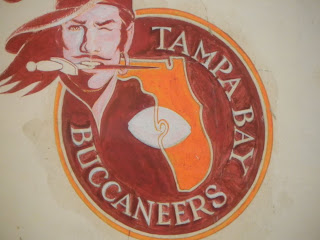 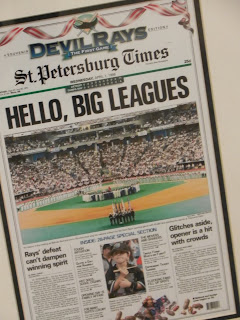 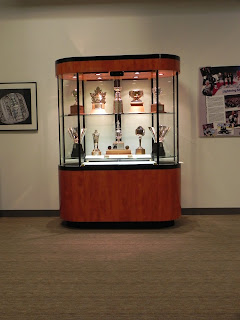 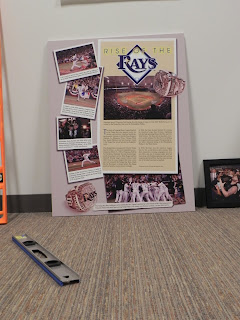 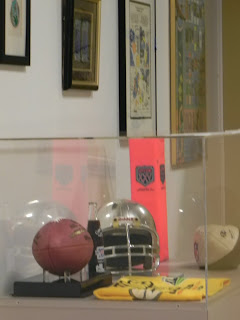 Phil Esposito. Tino Martinez. Don Zimmer. These are just a few of the people who, beginning June 15 at the Tampa Bay History Center, will gather to discuss the history of sports in Tampa Bay.

With sessions moderated by News Radio 970’s Jack Harris, WTSP-TV reporter Grayson Kamm, and former WFLA-TV sports anchor Dick Crippen, Tampa Sports Remembered is a new four-week course covering everything from the Tampa Bay Bandits and Rowdies of the early 1980s, to the 1990s efforts to bring professional hockey and other big-league franchises to Tampa Bay.

The course is part of Sports in Tampa Bay: Through the Eyes of Lamar Sparkman, a new exhibition opening June 18 at the Tampa Bay History Center.

Best known as the creator of the Tampa Bay Buccaneers’ original swashbuckling logo, Lamar Sparkman’s drawings of professional and amateur athletes span more than 40 years. Those drawings, along with trophies, jerseys and memorabilia from Tampa’s professional, collegiate and amateur teams will be on exhibit at the History Center through September 12.

Tampa Sports Remembered is organized by the Tampa Bay History Center and USF’s Osher Lifelong Learning Institute. Classes are held each Wednesday at 10 a.m. beginning June 15 through July 6 at the History Center. Cost is $40 for the series. To register, call (813) 974-2403. For more information about the course or the exhibition and related programming, our website or call (813) 228-0097.
Posted by TBHC at 1:07 PM 1 comment: 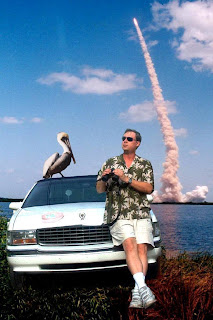 Florida’s quirky and diverse landscape serves as the backdrop for Dorsey’s crime capers as his main character, Surge Storms, traverses the state from Lake Okeechobee to the panhandle in search of scam artists, fugitives and corrupt politicians.

Dorsey’s talk at the History Center, “Florida: A Target-Rich Environment for Writers,” will offer a Florida travelogue as only Tim Dorsey could present it.

Florida Conversations is free and open to the public. Public parking is available at St. Pete Times Forum East Lot, the Channelside garage and other city-owned lots. For more information, contact the Tampa Bay History Center at (813) 228-0097 or online at http://www.tampabayhistorycenter.org./
Posted by TBHC at 8:56 AM 1 comment:

The NFL’s Vince Lombardi Trophy, MLB’s American League Championship Trophy, and a replica of the NHL’s Stanley Cup will be on display to the public during a new exhibit opening Father’s Day weekend at the Tampa Bay History Center.

Bring dad to the Tampa Bay History Center and experience 70 years of competitive play during Sports in Tampa Bay: Through the Eyes of Lamar Sparkman, a new exhibition opening Saturday, June 18. All dads will receive free admission on both Saturday and Sunday, courtesy of Verizon.

In addition to the Buc’s Vince Lombardi trophy and the Rays’ ALCS trophy, the exhibit will include Lou Piniella’s World Series trophy, Tino Martinez’s Silver Slugger award, and line up-cards from the Rays’ 2008 World Series run.

Perhaps best known as the creator of the Tampa Bay Buccaneers’ original swashbuckling logo, which fans labeled “Bucco Bruce,” Lamar Sparkman’s drawings of professional and amateur athletes span more than 40 years. In 2010, the Sparkman family donated more than 200 original drawings by the late cartoonist to the Tampa Bay History Center. Those drawings, along with objects from Tampa’s professional, collegiate and amateur teams, tell the story of Sports in Tampa Bay: Through the Eyes of Lamar Sparkman.

Sports in Tampa Bay is made possible with support from the Tampa Bay Buccaneers, Tampa Bay Lightning, Tampa Bay Rays, USF, Kimmins Foundation and Clear Channel Communications and is on exhibit June 18 through September 12, 2011 in the ’s Wayne Thomas gallery. For more information about the exhibition and related programming, visit www.tampabayhistorycenter.org or call (813) 228-0097.
Posted by TBHC at 7:47 AM No comments: