Sharing Stories at the History Center 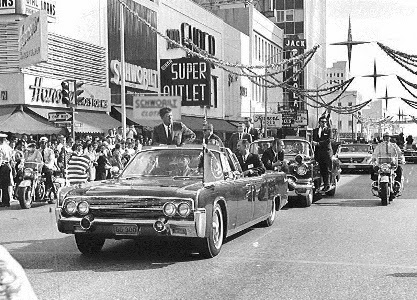 This past November, the galleries of the History Center echoed with the question, “Where were you fifty years ago?”  It was important to mark the 50th anniversary of President John F. Kennedy’s visit to Tampa--the first visit of a sitting president --and it was wonderful to watch people share their stories of seeing him that day. Those who were not around at the time appeared equally riveted by the recollections of this important day in our community’s history.

Of course, the euphoria of seeing the president was eclipsed four days later when he was assassinated in Dallas.  That day also brought back vivid memories and elicited more stories as our guests reflected on the events surrounding November 22, 1963.

While observing interactions between visitors as they discussed these historic events, our staff was once again reminded of the important role the Center plays in preserving the memory, identity and culture of our region.  The idea of documenting President Kennedy’s visit to Tampa was Lynn Marvin Dingfelder’s.  A former television reporter, producer and writer, Lynn wanted to create a documentary film chronicling JFK’s visit to Tampa.  She canvased the community, collecting stories and interviewing dignitaries, average citizens, law enforcement and even members of the President’s protection detail.  Her documentary is a wonderful piece that captures the events of the Tampa visit in a personal and powerful way.

When Lynn approached us about producing an exhibit to complement the film, we eagerly agreed.  The film and the exhibit have served as teaching tools for preserving this important historical moment.  But perhaps more importantly, they brought the community together to reflect and share stories…exactly what well-told history should do.  My deepest thanks go to Lynn, her team and sponsors for their good work, and to the community for sharing these heartfelt stories. -- C.J. Roberts, Frank E. Duckwall President and CEO
Posted by TBHC at 8:38 AM 1 comment:

The Disappearing City: How Tampa was Voted Out of Existence


Though Tampa experienced growth and prosperity during the 1850s, war clouds and troubled times loomed on the horizon.  The city endured four years of strife during the American Civil War, including occupation by Federal troops in 1864, and by the end of the 1860s the city faced a bleak future.  Former Confederate officer and Tampa citizen John T. Lesley ran for mayor in Tampa’s 1869 election with a simple campaign promise:  vote for him and he would abolish the city of Tampa.

His “No Corporation People’s Ticket” won, and the newly elected officials did not take office, thereby allowing the city’s 1855 charter to lapse, effectively eliminating the City of Tampa as a legal municipality.  Four years would pass before any sort of municipal government would take charge in Tampa, but another ten years would go by before the economic and emotional depression that had gripped Tampa was replaced by optimism. 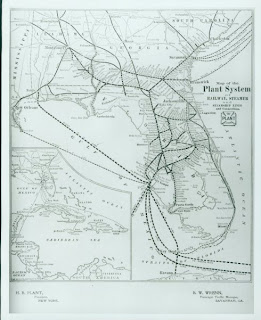 Hope did eventually come to Tampa, and it arrived on steel rails via a steam powered engine.  Henry Plant’s decision to make Tampa the railhead for his South Florida Railroad, and Tampa Bay a main port for his steamships, revolutionized the area.  Plant’s arrival in 1883 was the first of three monumental developments for Tampa in the 1880s.  The second followed two years later when Vicente Martinez Ybor and Ignacio Haya decided to open cigar factories just outside of Tampa.  Ybor City would eventually become home to hundreds of cigar factories and tens of thousands of workers.  It was also around this time that phosphate was discovered in the area’s rivers, particularly the Hillsborough and Peace, as well as in the ground in eastern and southern Hillsborough County.

Tampa’s population exploded, from 720 people in 1880 to over 5,500 in 1890.  New neighborhoods blossomed with these new arrivals.  Preceding Ybor City were Tampa Heights (originally known as North Tampa) and Hyde Park.  Together with Ybor City and what is now downtown Tampa, these four areas formed the first four wards of the new City of Tampa, which received its charter from the state on July 15, 1887.  Tampa was finally realizing the success that had been anticipated thirty years earlier.
Posted by TBHC at 12:54 PM 2 comments:

A Short History of Hillsborough County: Part One of a Series 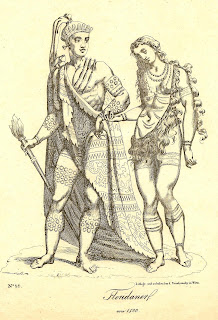 The was created by an act of the Florida Legislature on January 25, 1834.  The original, or historic, covered approximately 14,600 square miles -- all or part of 24 present-day counties (an area larger than 8 states at the time).  By comparison, today's is 1,072 square miles.  Its history is as varied and fascinating as any other place in this country.  People have lived in this area of West Central Florida for over 11,000 years, and their story is, in effect, our story.

's indigenous people flourished here thousands of years before the first explorers arrived from .  The Timucua and the Calusa were two of the largest and most highly-developed groups who controlled much of the peninsula and its population.  Different Timucuan people spoke dialects of the same language and held possession of the northern third of , while the Calusa ruled over southwest .  The area now known as was occupied by smaller groups, notably the Tocobaga, Mocoso and Ucita. 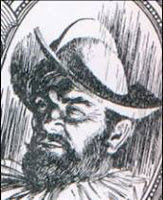 Though probably known to Europeans before, was "officially" located by Spaniard Juan Ponce de Leon in March of 1513.  He was followed by a long line of adventurers, including Panfilo de Narvaez (April 1528) and Hernando (May 1539).  Archaeological evidence shows that Narvaez began his explorations from , while debate continues as to 's actual landing place.  The first priest to celebrate mass in -- Fray Luis Cancer de Barbastro on June 20, 1549 -- celebrated it on the shores of .  This exploration and settlement of by Europeans dealt a catastrophic blow to the First Floridians. - RKP
Posted by TBHC at 12:00 PM No comments: