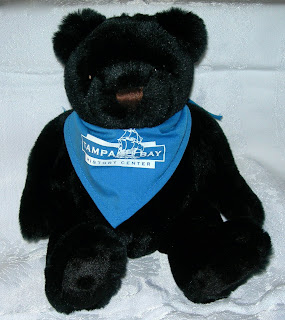 In November 1902, Washington Star political cartoonist Clifford Berryman drew a cartoon entitled, “Drawing the Line in Mississippi”. This illustration, used as a metaphor, was drawn from a news story involving a boundary dispute between Mississippi and Louisiana. The cartoon showed President Theodore Roosevelt, rifle in hand, with his back turned on a cute, cowering, Louisiana Black Bear cub.

The story reported that while on a hunting trip in Mississippi, the President (an avid big game hunter) had trouble finding anything worthy of him discharging his rifle. To accommodate Roosevelt, his staff captured the cub for the President to shoot. The President could not bring himself to kill the cub - the thought of shooting a bear tied to a tree did not seem sporting so he spared the animal’s life and set it free.

Morris Michtom and his wife Rose, Jewish immigrants from Russia and owners of a Brooklyn toy store, inspired by the cartoon, created a hand-sewn, stuffed bear. Intending it only as a display, Michtom placed the stuffed bear in his toy store window along with a copy of the cartoon. Swamped by customers eager to purchase this cute plaything, he asked for and received President Roosevelt’s permission to use Roosevelt’s name for the bears that he and his wife made. And so, the “Teddy Bear” was born.

As an American immigrant success story, Michtom’s company went on to became the Ideal Toy Company which remained in the family until 1970.
Audrie's Odds and Ends is written by our Museum Store Manager, Audrie Rañon.
Posted by TBHC at 8:46 AM